When it comes to producing content the highest and best strategy utilizes video, text, and images that are versatile and can be purposed across the organization's digital footprint. Gone are the days that a simple landscape video will do the trick.

With the rapid rise in the popularity of mobile device use down goes the traditional producer's mindset that a landscape aspect ratio is the most desired frame for viewing. 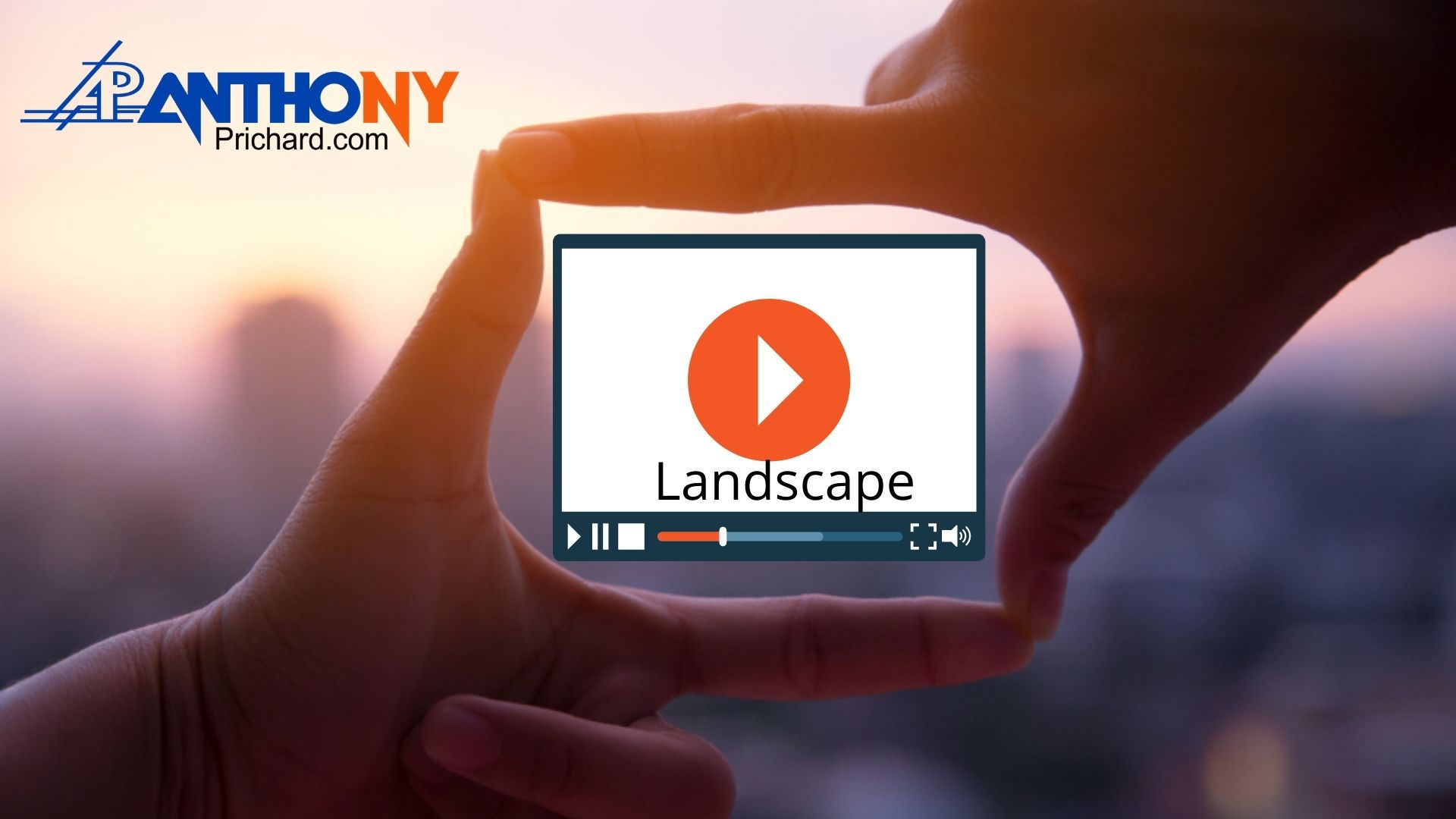 When it comes to resizing and reshaping your content you first need to know why and that's what prompted me to share this information I've discovered on my own with the world.

There are three main sizes of videos for internet use: Landscape, Square, and Profile (or vertical video). In the early days of smartphone video producing a term was flying around called, Vertical Video Virus. Which referred to people who were recording video with their phone oriented vertically and were then unable to publish video effectively to be viewed online because neither of the two most popular venues for viewing video supported the vertical aspect ratio. Today there is a rapid rise of online platforms that support vertical video and this is only supported by the demand of the end-user. The law of attraction for online content states that the end-user will get what they want or they will go somewhere else to get it. So as organizations who want to give our end users a good experience we must comply with this law and give the end-user what they want or risk losing them to one of our competitors who can.

Landscape, Square, and Profile - Which one goes where and what are they used for? Vertical Video Virus is dead and in its place is a much better end-user expe...

Landscape is the rectangle that has been used since people started watching video in theaters and on their first televisions in the late 1940's. Most of the world is still very familiar with watching video in this way and major motion pictures will likely not stray from this aspect ratio for generations to come.

Square and Profile (vertical) aspect ratios are more associated with short, fun videos that you watch on your mobile device. Statista.com states that "In 2020, the number of unique mobile internet users stood at 4.28 billion, indicating that over 90 percent of the global internet population use a mobile device to go online."

Content producers can maximize the exposure of their publications by customizing their aspect ratio to cater to the end-users experience. Landscape aspect ra...

Since Google purchased YouTube businesses had the ability to publish content to YouTube and broadcast it to anyone who fits their ideal demographic in any country in the world which truly revolutionized the A/V (audiovisual) industry. For around five cents per view any organization with a Google Ads account could display their content to any group of people that they desired which toppled the news and media giants who are still dizzy in the face of online smartphone capabilities. There is no longer a monopoly on global news content. The playing field of video publications is now completely flat and any individual or large conglomerate can move mountains by placing a video on any one of the 4.28 billion global smartphone devices. Our TV screens are now smart screens and the minimum charge for a national 30-second commercial starts at $300 instead of $30,000.

Use this cheat code to help you publish video on each of the most popular platforms and consider using this graph to start a paid placement campaign that will boost the impact you make with each piece of content you publish.

To learn more about video SEO and video advertising using all aspect ratios schedule a free consultation by clicking HERE.

Anthony Prichard is a certified Google Partner and a YouTube specialist who contracts with local service companies to double new customers in 30 days or less. Anthony is a public speaker on the power of videos in your organization and he says that "you are your own best video spokesperson because nobody knows your business better than you do."